Thousands of Cupid's Arrows on the Battlefield of Love. 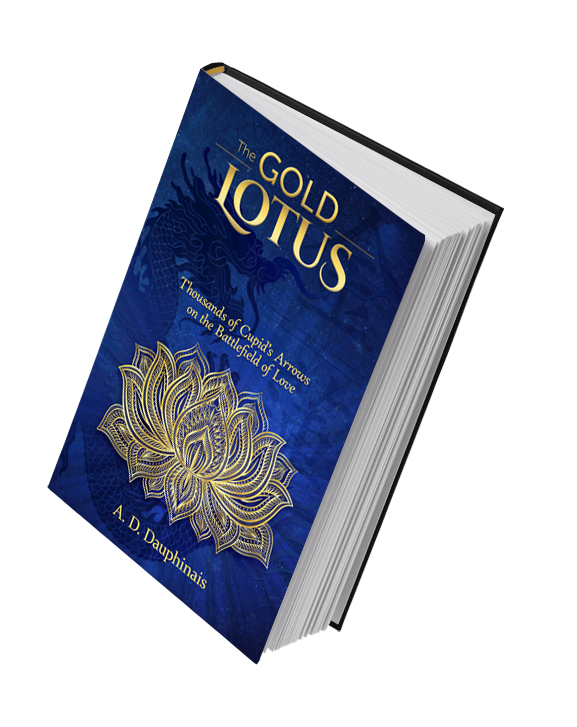 A.D. Dauphinais started her “out if this world” life journey during a long solo pilgrimage in India at the age of eighteen. For the past twenty-five years, she has been immersed in ancient knowledge, fascinated by Buddhist, Vedic and Sanskrit literatures. The Gold Lotus is her first fantasy book, part of a multi-world drama series. She is the founder of two non-profits, ancient temple dance teacher, director of Devi Communications Music, founder of TerraVoyage LLC and the managing director of Big Island Farms. She spends most of her free time planting trees and saving ancient seeds at her organic permaculture bases farms.

Map of the Realms 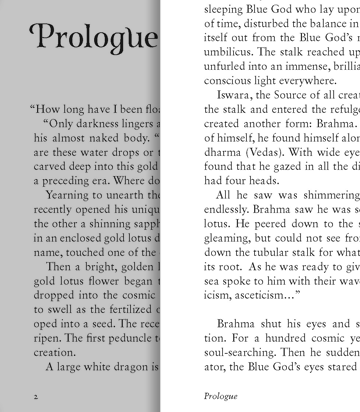 Images of book characters depicted below. Place your book order now to see the rest!

The God of War 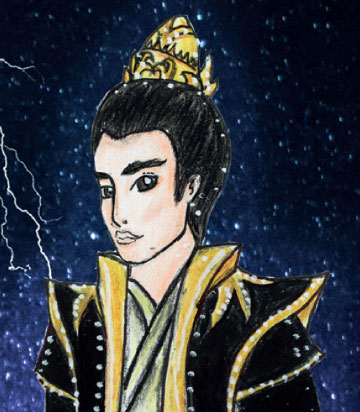 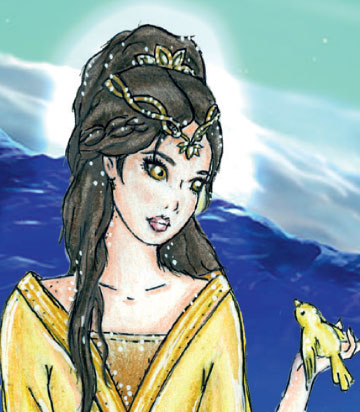 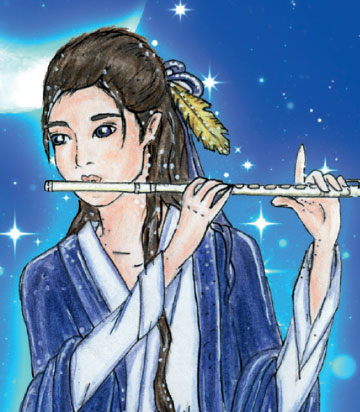 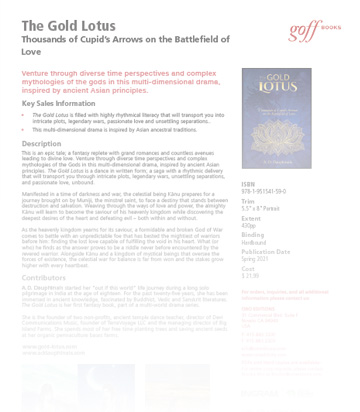 Review by Christieee from OnlineBookClub.org
4 out of 4

The demon Yaksha receives an immortality boon from Lord Shiva, and he proceeds to wreak havoc on all the fourteen realms, including Earth. Yaksha’s next stop is the Imperial Heavens, where the High Gods dwell. On the advice of the Holy Saint Muniji, the High Gods make supplication to the Creator of all Creations to come to their aid. At the dying minute, the Ultimate Creator hears their prayer. He is born into the world as Kanu, the God of War and Goddess of Compassion’s son. The Mother of all Creations also makes her way to the universe, through a golden lotus flower, as Lada. After they enter the Imperial Realm, the drama begins. Readers will see pure love, self-discovery, deceit, and vengeance.

Usually, when there are too many characters, confusion ensues. But the author wrote the book so that readers have many different characters to root for without the accompanying difficulty in differentiating them. Also, in the end, the writer included a glossary with all the characters and their roles. Apart from Lada and Kanu’s love story, there were other distinct love stories to excite readers. There are Haoren and Hufaing, whose love story started with an interesting misunderstanding. Readers who like reading about feisty women will like Jinhai and Megui. This skill that Dauphinais has shown is amazing.

I must commend the author for the excellent character development. She developed every character to perfection. Every character had a purpose and showed growth. Also, she weaved many different storylines effortlessly. In the beginning, I thought that the novel was a simple classic book of good versus evil, but the author took me to places I never imagined. Many subplots led to the final great battle. Readers will also love the final battle that resolved the overarching plot. What was even more surprising was that I was never tired of the subplots; I loved all of them and wanted more. Each couple’s story will make an excellent Bollywood film.

I had nothing to dislike about this book, its story, and its execution. The Gold Lotus by A. D. Dauphinais was inspired by and derived from Indian Gods, Greek Gods, and even Chinese culture. I found wisdom from Brahma, Muniji, and other Gods. This is a fantasy book, so readers that are too logical or cynical may not like it. The book is not meant for the soft at heart because there is some violence in it.

I cannot rate The Gold Lotus less than 4 out of 4. Romance readers will love this novel, even if they don’t like fantasy books. If you like fantasy books but not romance books, there are still interesting battles that you can look forward to. If you like romance and fantasy merged in one, get a copy of this book. I’m sure that you will be obsessed. It seems that there will be other books following this one, and I am excited to see them!